Eric Matheson (Garret Dillahunt) is determined to prove that he didn’t murder his wife. Torres is assigned to investigate the murder, and goes to the house of the victim’s sister. Matheson finds Torre’s car and gets into it after she forgot to lock the door. When Torres returns, Matheson holds her at gunpoint, instructing her to drive to the Lightman Group offices. Cal makes a deal with Mattheson, asking him to let all the employees go as long as he helps prove Mattheson’s innocence. Mattheson complies, and Foster, Loker, Reynolds and Torres attempt to solve the case, while Loker has second thoughts about not calling the authorities. Cal and the team find out that Mattheson was actually innocent, and that his wife was actually killed by a creditor. Mattheson demands that he sees the creditor, saying he will either take his life or Cal’s. Cal pleads for Mattheson to kill him, but Foster, Loker and Reynolds trick Mattheson into letting his guard down after a disguised Loker pretends to recount the last moments of Mattheson’s wife’s life. As Mattheson is in a moment of rage before killing Loker, Reynolds draws his gun and shoots Mattheson, disarming him. The episode ends with Lightman at Foster’s home, asking if he could sleep in her spare room for the night. 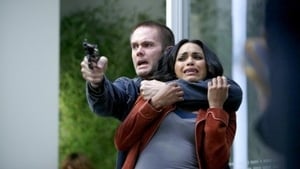